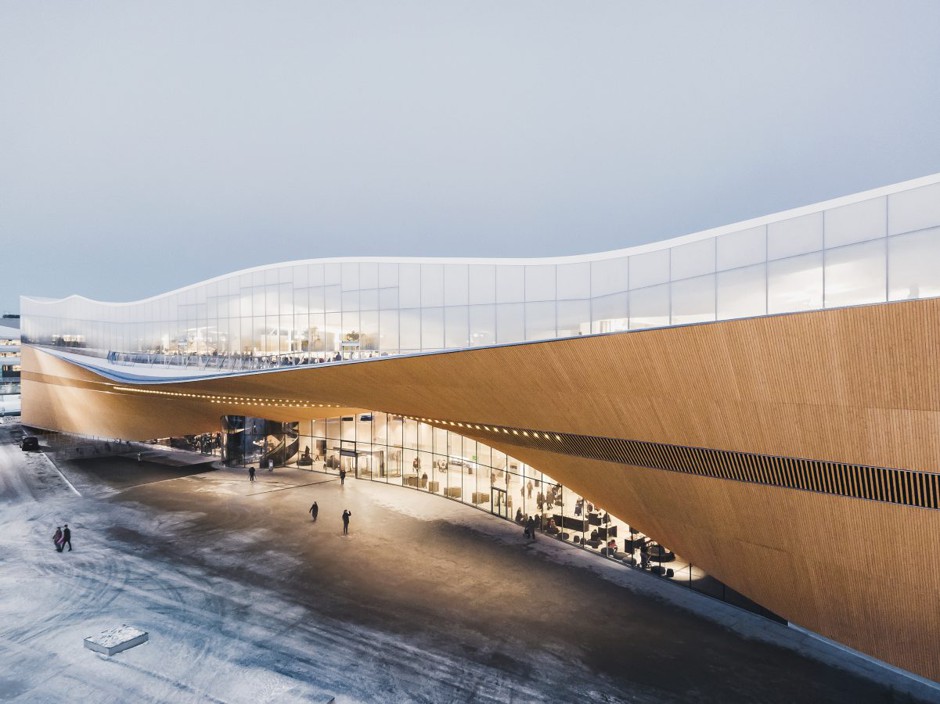 Finland’s most ambitious library has a lofty mission, says Helsinki’s Tommi Laitio: It’s a kind of monument to the Nordic model of civic engagement.

You might say, “Yes, of course I love the library.” We do, too. But I’m not sure anyone loves libraries quite like the Finns do.

In a country that boasts one of the world’s highest literacy rates, the arrival of the new central library in Helsinki last year was a kind of moon-landing-like moment of national bonding. The €98 million facility, whose opening in December 2018 marked the centenary of Finnish independence, has since been widely celebrated internationally as a model reimagining of these critical pieces of social infrastructure. At the CityLab DC conference this week, Tommi Laitio, Helsinki’s executive director for culture and leisure, offered his own, more personal take on exactly why this building is so important to Finland’s future.

Designed by Finnish architecture firm ALA and dubbed Oodi (“ode” in Finnish), the three-level structure is a kind of spruce-clad monument to the principles of Nordic society-building. Still, Laitio opened his talk not with shots of the building’s sleek interiors but with a sobering image from Finland’s brutal civil war of 1918, which killed 36,000 people, many of whom perished in prison camps.

“You can be your best person inside this building.”

“This progress from one of the poorest countries of Europe to one of the most prosperous has not been an accident. It’s based on this idea that when there are so few of us—only 5.5 million people—everyone has to live up to their full potential,” he said. “Our society is fundamentally dependent on people being able to trust the kindness of strangers.”

That conviction has helped support modern Finland’s emphasis on education and literacy—each Finn takes out more than 15 books a year from the library (10 more than the average American). But Nordic-style social services have not shielded the residents of Finland’s largest city from 21st-century anxieties about climate change, migrants, disruptive technology, and the other forces fueling right-leaning populist movements across Europe. Oodi, which was the product of a 10-year-long public consultation and design process, was conceived in part to resist these fears. “When people are afraid, they focus on short-term selfish solutions,” Laitio said. “They also start looking for scapegoats.”

The central library is built to serve as a kind of citizenship factory, a space for old and new residents to learn about the world, the city, and each other. It’s pointedly sited across from (and at the same level as) the Finnish Parliament House that it shares a public square with.

Its design reflects that lofty mission. The ground floor is an extension of the public square outside—a space for meetings, free events, and informal gatherings, with a cafe, theater, and various public amenities. On the second level, a series of flexible rooms provide a host of au courant attractions and borrowables—3-D printers and power tools, sewing machines and music rooms and makerspaces. Language classes are offered for migrants; gamers get VR-equipped computer rooms. Patrons can even borrow season tickets for the Helsinki’s popular professional basketball games. Only on the topmost level—in a soaring, light-filled space Laitio calls “book heaven”—will one find actual volumes for readers, a 100,000-book collection that’s in very high demand.

Inside and out, the facility is as handsome as Finnish Modernism fans might expect, and it has proved to be absurdly popular: About 10,000 patrons stop by every day, on average (it’s open until 10 p.m.), and Oodi just hit 3 million visitors this year—“a lot for a city of 650,000,” Laitio said. In its very first month, 420,000 Helsinki residents—almost two-thirds of the population—went to the library. Some may only have been skateboarders coming in to use the bathroom, but that’s fine: The library has a “commitment to openness and welcoming without judgement,” he said. “It’s probably the most diverse place in our city, in many ways.”

The crush of Finnish biblio-enthusiasm also runs counter to trends in nations like the U.S. and U.K., where budget cuts and defunding threats have strained library systems. In too many places, libraries are “places that many people value in principle but few use in practice,” Laitio said. “We’re losing out on their democratic potential. … Libraries have this incredible promise—that you can build your future in here. You can be your best person inside this building.” 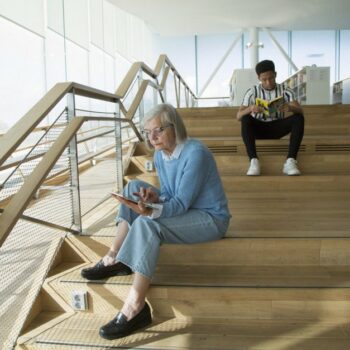 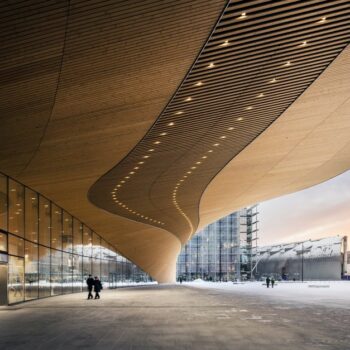 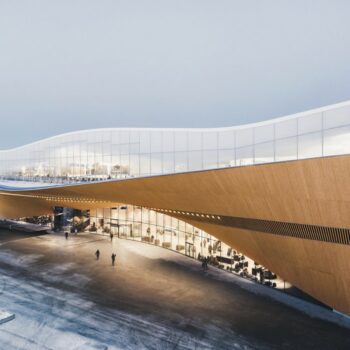 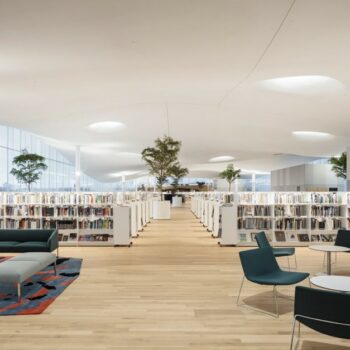 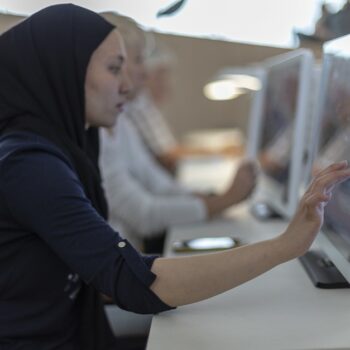