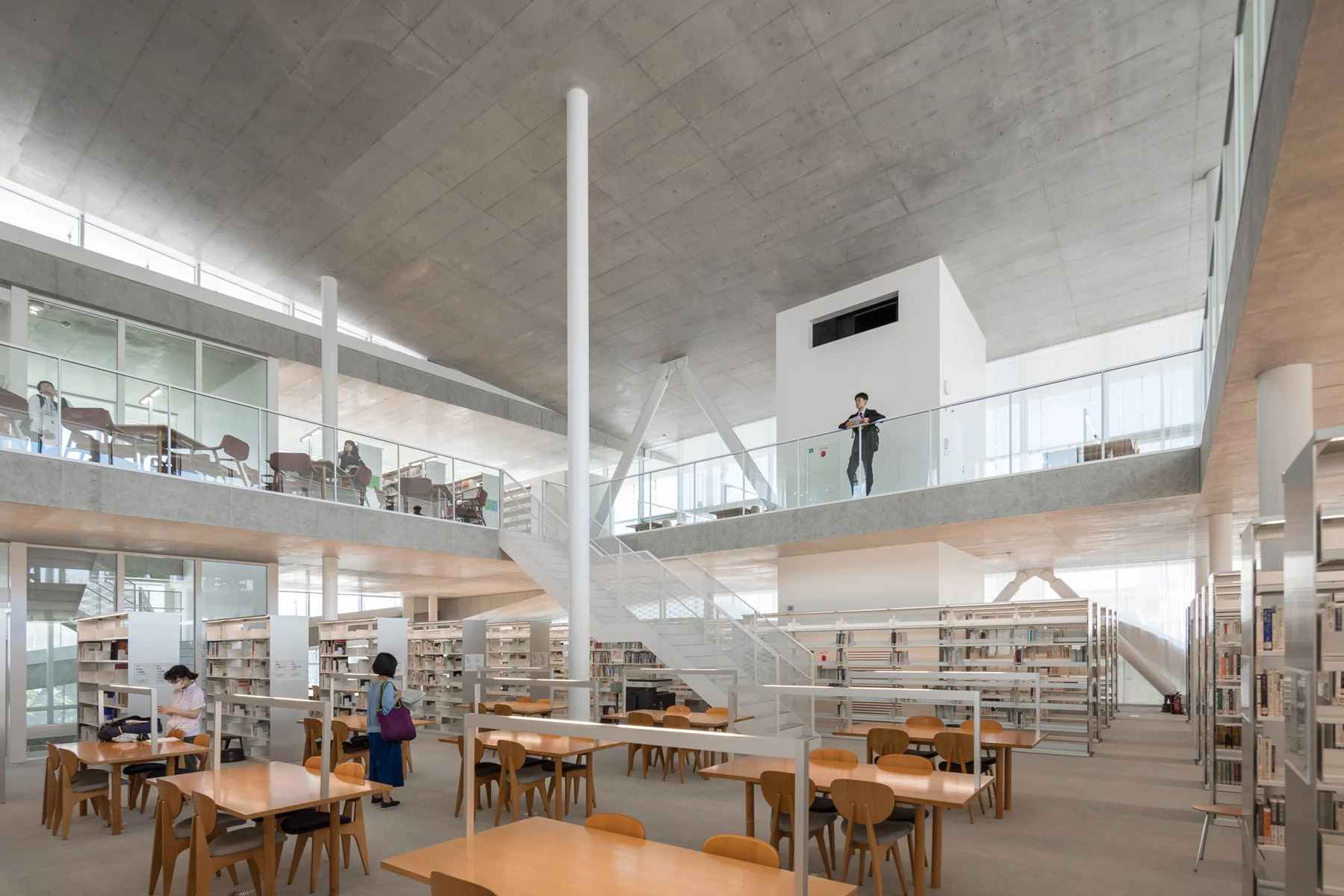 Photographer Vincent Hecht has documented a library in Tokyo designed by architect Kazuyo Sejima. The project was completed for Japan Women’s University, an institution that Sejima herself attended. The multi-storey building, which forms part of the school’s Mejirodai Campus in Bunkyō, contains a range of resources for students across its different floors. New trees have been planted at the entrance to the structure, while a covered pedestrian walkway that leads to a nearby kindergarten also forms part of the plan.

The exterior of the library, which opened in April 2019, is defined by its visible concrete floor plates that give an indication of the building’s interior circulation routes. The glazed façades allow natural light to enter, while carefully positioned mesh screens ensure privacy and protection from direct sunlight. The library comprises four floors above ground and one below, with the entrance found on the second level.

A series of ramps at the perimeter of the building serves as the main circulation route, with staircases connected to the sunken areas of the plan. Tall curtains have been installed that are capable of dividing the spaces further, providing areas of privacy and seclusion. The library features furniture by Kazuyo Sejima, including the ‘Drop Chair’ she designed alongside Ryue Nishizawa — her partner at SANAA.