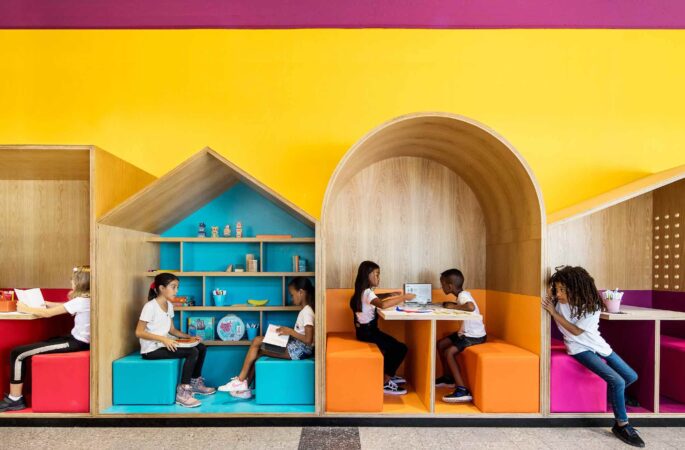 A house-shaped reading nook and colourful paintwork are among the playful features in this school for the children of refugees living in Tel Aviv, which has been overhauled by a team of local architects and designers. The Hayarden school is designed for children aged five to 16, who predominantly live in Tel Aviv’s Hatikva Quarter – a working-class neighbourhood where there has been a surge in African asylum-seekers finding refuge.

Local designer Sarit Shani Hay, architect Chen Steinberg Navon and Ayelet Fisher overhauled the two-storey school as part of a pro-bono project for the community, using a limited budget and sponsorship from nonprofit, Zionut 2000. The team intended Hayarden to become a home and safe space for the children that would encourage them to learn. “There is a lot of antagonism towards this population, many of whom are asylum-seekers, and the kids are the first to suffer,” designer Hay told Dezeen. The project focused on the ground floor of the building – which was originally built in the 1960s but had been left neglected for years – due to the limited funds. The team chose simple and cheap ways to add elements of fun into the communal spaces, lobby and corridors. An ecological garden and playground were also designed by Lavi Kushelevich.

A series of geometric oak volumes housing tables, cabinets and upholstered benches are inserted into one of the corridors. These create cosy nooks for students to sit, study, read and play either in groups or in private. One volume is in the outline of a residence with a pitched roof, to further enhance the homey aesthetic. “The theme of the house was repeated in the space, creating a sense of belonging,” said Hay, who also added a chalk-wall in the shape of a home to the school. The black design features thick white lines to demarcate squares for different drawings.

Other details in the school include huge swathes of yellow, pink and blue hues that brighten the existing concrete walls. A fuschia staircase pops against a turquoise wall, with a small orange-floored sitting area underneath. Another area has concrete block walls painted yellow with a cork board design, a red table and a bright blue banquette. Hay intends to be able to update classrooms on the first floor at a later date, due to the success of the project. “The principal told us that the atmosphere at the school has changed ever since: the kids have more self-esteem and there is less violence,” Hay added. “[The kids] were deeply touched that someone had actually made an effort especially for them.”

Tel Aviv is home to 60,000 refugees and foreign men, women and children, amounting to roughly 10 per cent of the city’s population. Many are from Sudan and Eritrea. The Hayarden school is currently attended by 360 pupils from kindergarten to sixth grade. Its location is near to the city’s decaying Central Bus Station, which has become a hive of commercial activity for migrants, and a haven for drug addicts.

Hay highlighted the “importance of aesthetic and designed learning environment for all children, especially in an economically disadvantaged area”. “School becomes a second home for these children who mostly don’t have the safe and intimate corner in their own home,” she said. “It’s at these times that I feel that design becomes a tool for social change,” the designer continued. “The power of education that can change and influence and therefore create a better life for less-fortunate kids is immense.” Hay’s sentiment chimes in with that of the American Institute of Architects, which recently called on “the power of design” to help address violence in US schools and create safer environments for children.

Other education facilities using design to impact greater change include a large-scale, low-cost school at a Syrian refugee camp in Jordan, a farming school in rural Cambodia, and a sensory playground in London for children with autism. 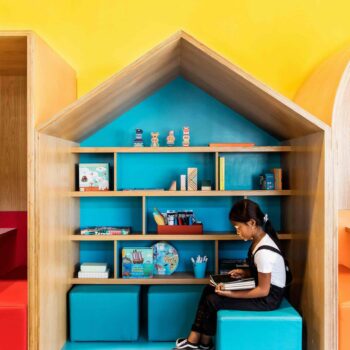 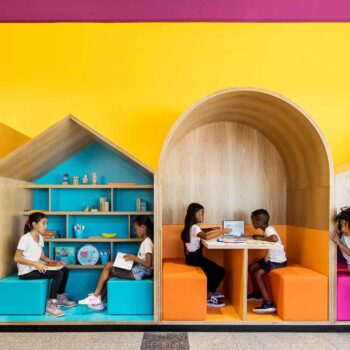